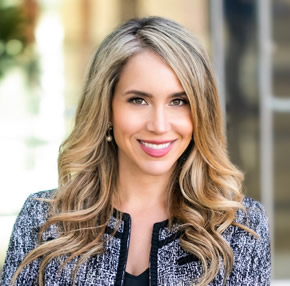 A passionate advocate for community involvement, Priscilla is thrilled to participate as Event Chair for Salk’s upcoming Women and Science Design and Discovery showcase. Having devoted three terms spearheading the San Diego Division of SMARTY, an organization dedicated to the support and success of entrepreneurial women, Priscilla believes in the power of community and connection. Inspired and empowered by the incredible entrepreneurs, thought leaders, and creative influencers hosted at each of her events, she was determined to create a new outlet for meaningful exchange. She went on to develop “LIVE INSPIRED” a series of interviews featured in Modern Luxury Magazine. The series highlights influential leaders, may of which are her clients, who contribute to the ever-changing landscape of the vibrant and diverse San Diego community.

As a mother to a young daughter, Priscilla is focused on continuing her philanthropic efforts by encouraging women to pursue entrepreneurship, innovation and science as a career. “We live in the most beautiful city in America and are incredibly fortunate to have a world-class research Institute right here in our community. It is a privilege to participate and support the brilliant women scientists that dedicate their life to improving the health and welfare of people around the world.”

As a business leader and resident of Rancho Santa Fe where she and her husband Dr. Richard Balikian reside, Priscilla continues to artfully unite her academic and professional background in Marketing as a Broker Associate for the world’s most notable luxury brand, Sotheby’s International Realty. 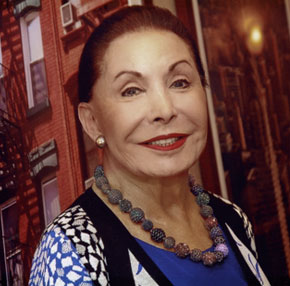 An early patron of the Institute, Tina Simner first got involved via Symphony at Salk and was instrumental in bringing Chef Jeffrey Strauss on board. The culinary partnership has endured to tremendous acclaim. In recent years, she’s taken an additional interest in Salk’s Women & Science program. “I’m intrigued with the idea that Salk has made women in science a prominent area,” she says. “And I’m so proud of this program and how far we’ve come.”

Simner has experience working in a historically male-dominated field. She and her late husband ran a fashion accessories business as equal partners for more than 25 years in New York. “Many times,” she recalls, “I was the only woman in the room in business meetings.” After retiring and moving to Rancho Santa Fe, California, she discovered the Salk Institute. The scientists and their science impressed her. Enthused, she began lending a skilled hand at fundraising events and encouraging others to join her.

Simner acknowledges that she’s selective about where she devotes her time and her financial support. The Salk Institute ranks high on her list. “I think it’s the finest research center in our country, if not the world,” she says. “I’m honored to be involved.” 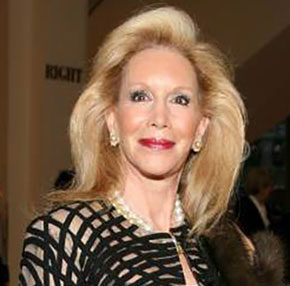 Linda Chester is founding president of the Linda Chester Literary Agency, which has represented many bestselling authors. The agency has launched a wide variety of literary and commercial fiction, as well as an array of non-fiction projects in areas that include science, business, finance, history, the fine arts, popular culture, spirituality and biography. Clients have included Wally Lamb (She’s Come Undone and I Know This Much Is True), Lolly Winston (Good Grief), Elizabeth Brundage (All Things Cease To Appear and The Doctor’s Wife), Stephen Metcalfe (The Tragic Age), Richard Carlson (author of Don’t Sweat the Small Stuff) James Hansen (First Man, the first authorized biography of Neil Armstrong which is now a major motion picture), Daniel Wilson (Robopocalypse), Thich Nhat Hanh (Peace Is Every Breath), and Michael Feinstein (The Gershwins and Me). Linda is currently on the Board of The La Jolla Playhouse, as well as the Board for The La Jolla Music Society. She formerly served on the Salk Institute’s Board of Trustees as well as the Board for the National Center for Families Learning. Linda is married to Dr. Kenneth Rind and they reside in La Jolla, California.